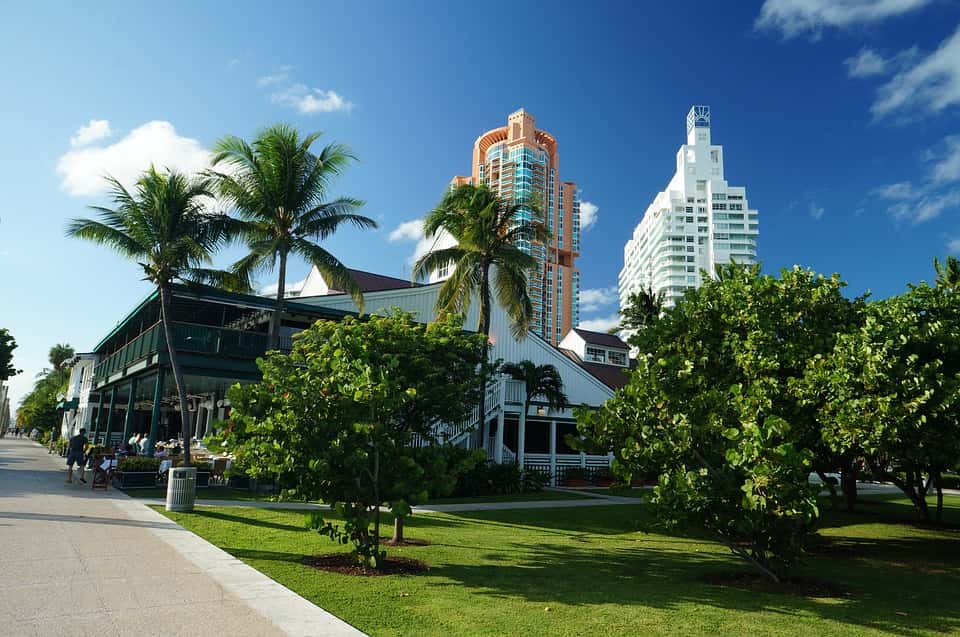 With lots of really cool stuff to do in and around Miami, it’s impossible to see everything that this gorgeous part of Florida has to offer, even with several visits. So, we took the liberty of cherry picking 8 of the best ways to spend your time on your next visit to Magic City.

Check out some of these cool things to do in Miami

Start off your Miami adventure with a generous serving of grilled alligator meat in one of the many Miami restaurants that specialize in the local delicacy. The small, unassuming Gator Grill is rumored to serve the best gator tail in all of the Keys. They get their meat from farm-raised stock, which they then tenderize, marinate, cut into bite-size pieces, fry, and serve with fries and lime.

There’s also The Pit Bar-B-Q, which specializes in cubed gator bites, ribs, and the crispiest, tastiest frog legs you’ll ever bite into. A Miami trip would not be complete without at least sampling some of the many ways the locals prepare and cook its gators.

2.) Go Back in Time via the Miami Art Deco District

This part of South Beach, Miami is known in the global art scene as the single biggest collection of Art Deco architecture located in just one district. Its 960 historic buildings, all built in the early 1930s to 40s style of Art Deco, collectively form the largest single-style architecture gallery in the world. In fact, you might have already seen some of its more famous buildings on screen.

The Carlyle, a 1941 concrete masterpiece, is a good example, as it has appeared in classic Hollywood flicks like Bad Boys 2 and Scarface. The Miami Art Deco District also hosts the festival known as Art Deco Weekend, a yearly celebration of South Beach’s rich, varied heritage and influence in modern art and culture.

3.) Observe Monkeys from Human Cages at the Monkey Jungle

Established in 1933, this 30-acre wildlife park and preserve is a popular tourist destination that also functions as a semi-natural habitat for the 400 primates that call the place home. Instead of the monkeys, you and your fellow human visitors will be the ones behind bars. You will get to walk through winding tunnel cages from where the residents of Monkey Jungle can be safely observed.

Located in the Florida Keys just south of Miami, Biscayne National Park is dedicated to the preservation of the territories of Biscayne Bay, its surrounding islands, and its offshore barrier reefs. Apart from its famed mangrove shoreline, Biscayne is where you’ll find Elliot Key, one of the first true Florida Keys formed from a fossilized section of Biscayne’s scattered coral reefs. As such, it’s one of the best places on the planet for snorkeling, diving, swimming, or any other activities that go with gorgeous, warm Florida waters.

5.) Take a Breather at The Kampong

The Kampong is one of the five garden laboratories under the National Tropical Botanical Garden. It’s the only branch that’s outside of Hawaii, which is where all the other four gardens are located. Situated in Coconut Grove, Miami’s oldest neighborhood, The Kampong boasts 9 acres of tropical paradise – the permanent home to a horticultural collection that includes cultivars of avocados, mangos, carambola, banana, and many other tropical flora brought to Miami from all over the world. A definite must-see for green thumbs, vegans, and tree huggers.

Miami Gardens is where you’ll find the Hard Rock Stadium, home of the legendary Miami Dolphins. This more than 60,000-seat stadium has already hosted five Super Bowls and is even slated to host the College Football Playoff National Championship, which is set for 2021. Football fans, this is your chance to go and watch the Miami Dolphins play live.

Known in elite athletic circles as one of the greatest sports teams of all time, the 1972 Dolphins were the first players in NFL history to win every single match of the season. The 1972 lineup of the Miami Dolphins ended the year with a mind-blowing record of 17-0, which culminated in their legendary Super Bowl VII match against the Washington Redskins. Since then, no other team in the NFL has managed to pull off the coveted undefeated year.

7.) See a Jai-Alai Game for the First Time

Where and when else are you going to catch a round of Jai-Alai, a low-key high stakes game with small but loyal followings all over the world. Miami Jai-Alai provides a venue where skilled and agile pelotari can regularly use their cesta slings to chuck the pilota at speeds of around 180 miles per hour. If it’s your first time to catch a Jai-Alai match, prepare to witness a graceful, powerful, and potentially deadly dance that’s unlike any sport you’ve ever seen.

8.) Pay Your Respects at the Miami City Cemetery

This county-owned cemetery serves as the final resting place of Miami’s African-American pioneers. These include Julia Tuttle (known as the “Mother of Miami”), veterans of the Civil War and both World Wars, as well as several other historic people that have been instrumental in the makings of Miami City. Ask the living locals about the stories surrounding the cemetery’s final, permanent residents. Pay your respects and use this visit as an opportunity to know more about Miami’s fascinating past.

Pin it for later: 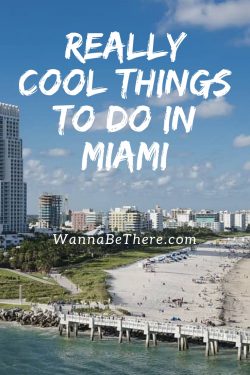 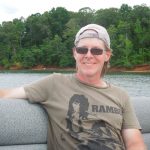 Hi, I’m Joe!  A fellow travel lover and founder of this site. I created Wanna Be There for people like you who share my love for traveling and taking vacations.

More about me here